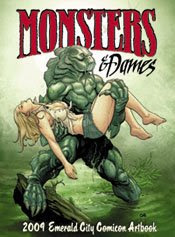 EMERALD CITY COMIC CON is this weekend, folks! If you're in the Pacific Northwest, stop in and say hello, grab some comics, pick up some original art, and have some nerdy fun. This is a great show, I've been a guest twice before and am pleased to be a guest again this year. I'll be doing paintings for $100 a pop, anything you like, 8" x 10", black and white, just bring reference. I might also do a painting in trade if you bring me a sweet Kirby/Ditko monster comic like STRANGE TALES or TALES OF SUSPENSE or something. You can see samples of what I'm talking about below under the DC, H&B thread. I'll also have TIGER!TIGER!TIGER, NOTES OVER YONDER, and a preview copy of the first two chapters of TEN AGAINST THE WORLD and maybe even a preview of THE ANCIENT BOOK OF SEX AND SCIENCE. Sweet!

The image above is the cover for the charity book they've put together, featuring MONSTERS AND DAMES by me and a host of other luminaries. It's hardcover and awesome. You want it. Cover by Frank Cho (above).
Posted by Scott Morse at 10:13 AM 3 comments: 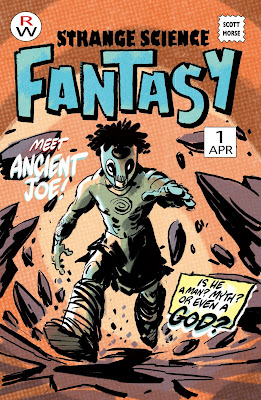 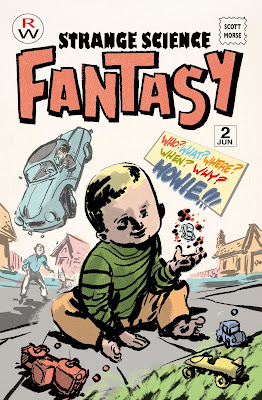 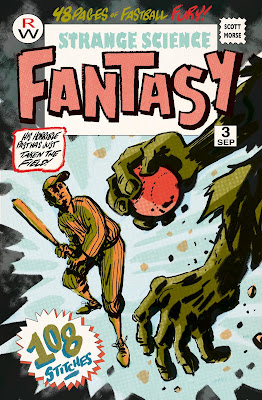 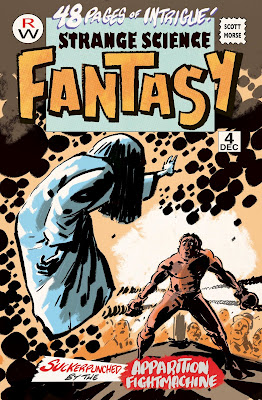 I'm in the works on a new idea, a new "ongoing" idea. I want some opinions from the folks that would maybe be buying such a thing. You guys.

I'm looking to launch STRANGE SCIENCE FANTASY as a series of 48 page, self-contained, Kirby/Ditko-esque comics. Each "issue" would contain a complete story featuring characters that might or might not appear in the next issue. Very much in the vein of STRANGE TALES, TALES TO ASTONISH!, and TALES OF SUSPENSE, pre-hero. We're talking about the meat of graphic novel ideas as 48 page old fashioned comics. So you get a lot of bang for your buck.

Interiors would be 2 color, and I'd love to do the books as hardcovers, but I want opinions on what YOU'D rather see: Good old fashioned floppy comics for $3.99, or nice hardcovers for more, maybe around $9.95-$12.95 a pop.

These would more than likely never be collected in another form (ie, no compilations), UNLESS I did them as floppies. Then you might get collections down the line.

Launch date TBD...but they're in the works and coming your way in the coming months!

Oh, and TEN AGAINST THE WORLD will be a separate adventure...not under the STRANGE SCIENCE FANTASY umbrella. Just a heads up! 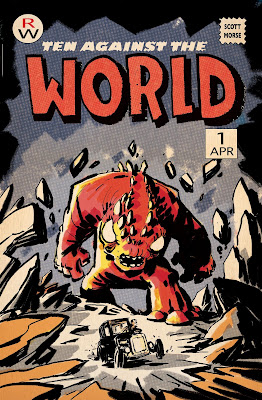 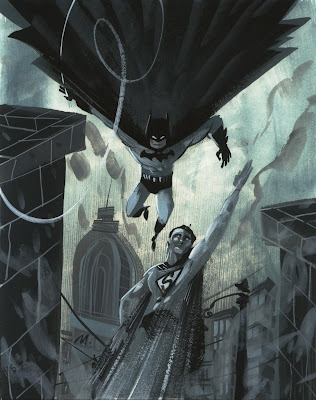 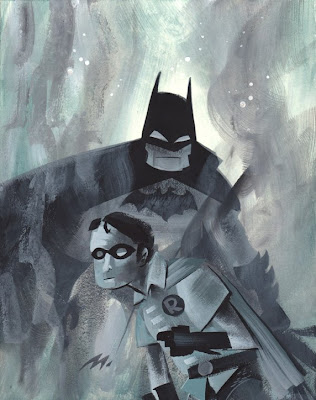 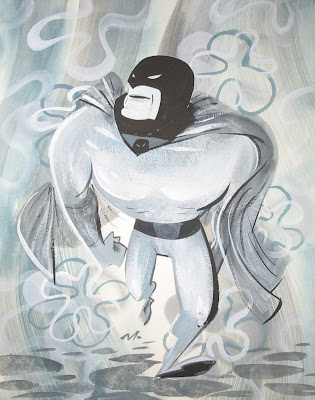 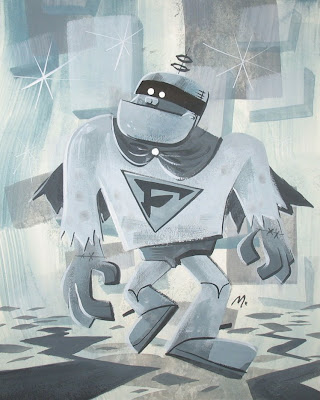 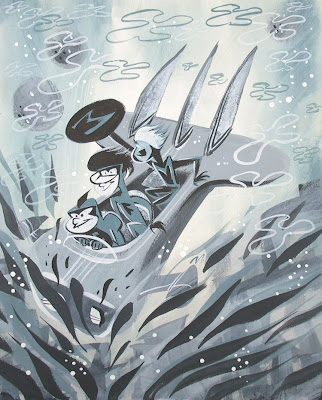 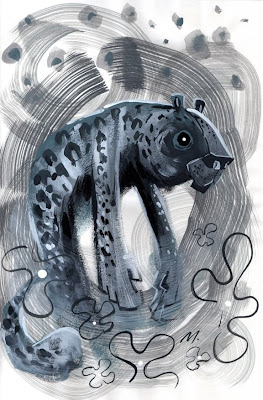 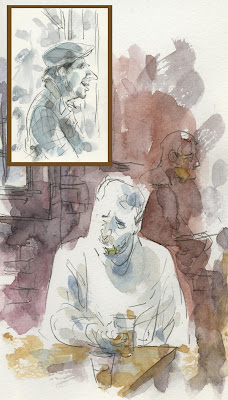 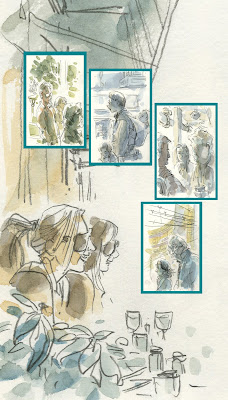 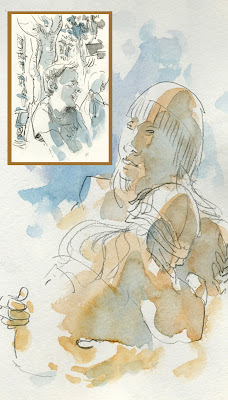 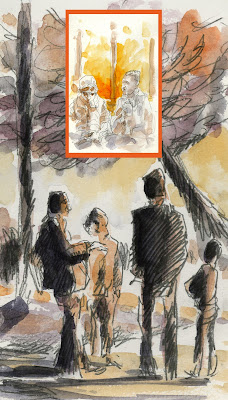 I'm participating in a very cool sketchbook project called LE SKETCH, being run by Paulo Patricio and Matt Madden. LE SKETCH is given away in European cafes and bookstores for free, so if you're overseas, keep your eyes peeled. I'll have some of the "Scott Morse" issue at San Diego for early birds. Here's some of the work in my issue, though the final give-away product is greyscale and not all collage-y.
Posted by Scott Morse at 1:40 PM 1 comment: