A little more...just to keep you all in suspense... 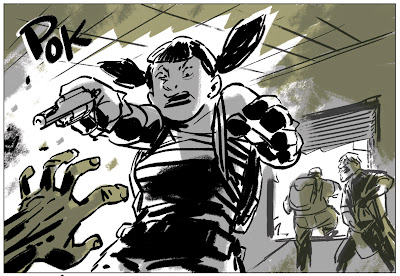 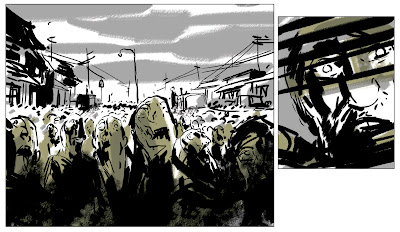 CRIME AND TERROR is in full swing...

...and here's a coupla more peeks: 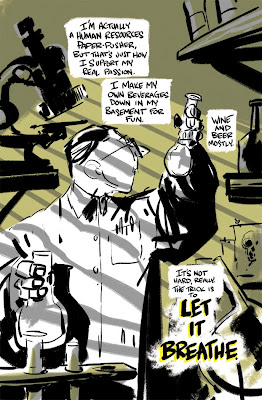 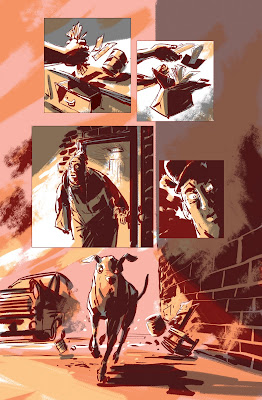 ITEM! Pal Skottie Young and I have launched a new daily (?!) character sketch blog at SkottieScott Swing by every day for some love! And buy something if you love it THAT much.

ITEM! TIGER!TIGER!TIGER! is available for the iPad at WHAMIX! ! If you're wanting a beautifully designed digital version of this and many other books by pals Ted Mathot, Enrico Casarosa, and others, on an app by Apurva Shah, one of our pals from Pixar, then this is your ticket!
Posted by Scott Morse at 11:53 AM No comments: 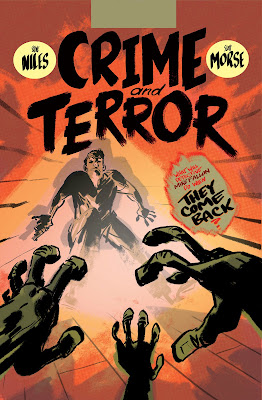 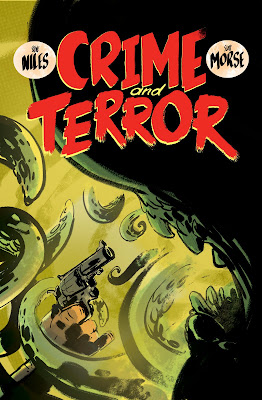 Happy 2011. I'm on a new film at Pixar, and working on my own stuff in the spare minutes. MY OWN STUFF. That's important. Stuff I get to call shots on, and work with who I want to work with on. Along those lines, there's two new books on the horizon that'll hit this year. I'll be yapping about them lots, as I'm super excited about both.

TEN AGAINST THE WORLD will launch later this year...5 issues, 40 pages each. You've seen some snippets of this in the past. Buckle up for the full-tilt horror ride. Hot rods and monsters, REBEL WITHOUT A CAUSE a'la pre-hero Kirby. Kinetic, insane, pure comics. I'll post some art soon, as well as info on the publisher. It's locked, but we're not done with contracts yet, so stay tuned...

STEVE NILES and I are about to kick you in the teeth with an ONGOING SERIES. It's called CRIME AND TERROR. It's filled with episodes detailing the events in the life of a detective named Mike Fallon who's going through some serious personal problems. On top of THAT, we'll be smacking you upside the head with a bunch of short, stand-alone stories: noir, horror, sci-fi, whatever we want. All drawn by me, some written by me, some by Steve. On top of THAT, we'll be throwing in new prose stories with spot-illos by me. Seriously, monthly is the plan, and every month, you'll cry with glee as you scream your face off. Again, publisher info soon, but here's a possible first cover, above, and a sample page from one of the short stories, below: 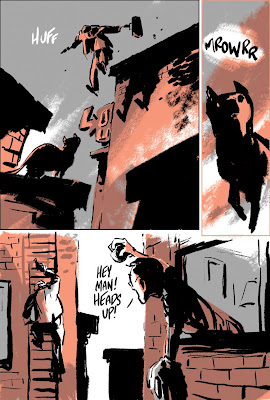 There's more on the horizon for 2011, too, stuff like CARS 2, of course, but even more stuff that just might change the world. You've been warned.
Posted by Scott Morse at 2:08 PM 10 comments: