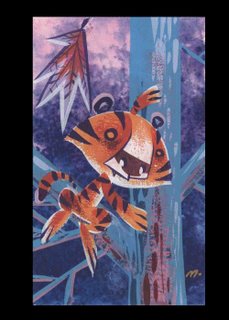 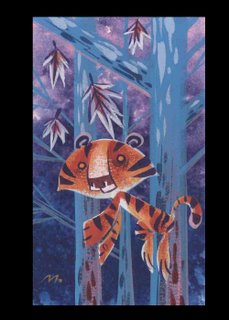 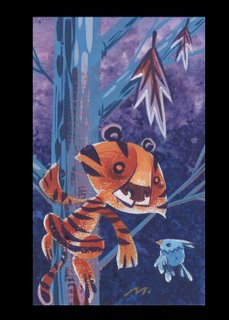 These three tigers were done for an upcoming art auction at Cartoon Network to benefit Fyn Stec, the son of animation designer Paul Stec. Fyn was recently diagnosed with liver cancer, so please send the Stec's some good vibes and donate to help Fyn, if you're so inclined. I'll post an update on whether or not you can bid for these online, but I think it might be a situation where you have to be there to bid. In the meantime, enjoy the jpegs! 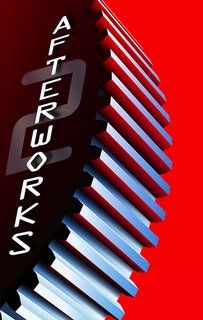 AFTERWORKS 2 is nearing completion! This thing is going to be stellar. The line-up is amazing...plus they let me in to play. Image is publishing for a July release, just in time for San Diego! When you see it in PREVIEWS, order!

E-VILLE PRESS
Posted by Scott Morse at 10:19 PM No comments:

Two quick things: I'll be at EMERALD CITY COMIC CON in Seattle this weekend with pals Jim Mahfood, Mike Huddleston, Dave Crosland, Bob Schreck, Diana Schutz, Matt Wagner, and others! Come say hey. I'll be bringing paint, San Diego-style, and doing paintings, 8"by 10", black and white on color backgrounds, any subject you ask for, as long as you bring reference for the crazy stuff. Probably $100 a pop, as long as my arm holds out. Hope to see some of you there!

Second: The Converse shoes below...I've received reports that they're available in Taiwan and Ireland, but no confirmation of other regions. I'm having a few pairs sent over from Ireland. The agency I worked with on the shoes has been told by Converse that they were never made and don't exist...though, again, people have reported purchasing them. SO...I'll let you all know the deal as it unfolds. We're bugging the hell out of Converse to get the scoop. Thanks to Louise for the news from Ireland!

More soon!
Posted by Scott Morse at 10:16 PM No comments: 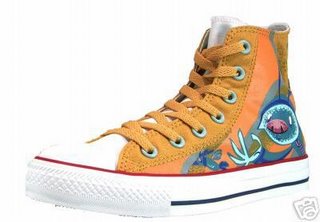 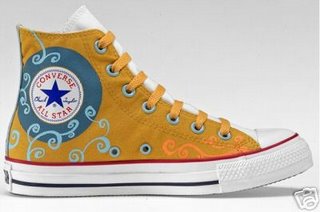 Do a search for SUPER RARE CONVERSE...

I don't even have a pair of these yet...and I designed them!
Posted by Scott Morse at 9:44 AM 7 comments:

ALONG THESE FIERY PATHS 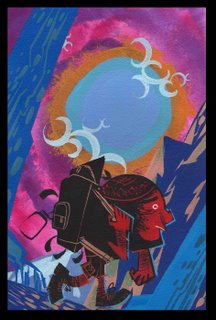 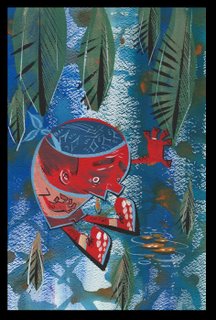 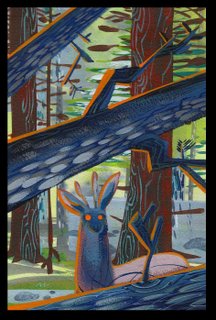 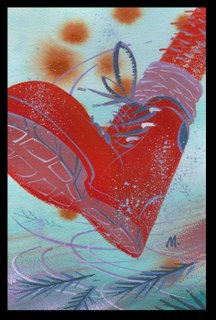 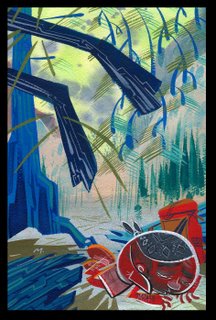 So here are some test pages for a future book, ALONG THESE FIERY PATHS. The book revolves around my tendancy to become very hot-headed, juxtaposed against a backpacking trip in Yosemite where I found myself cut off by a forest fire. Really happened! Anyhow, these are potentially images from the book, but they're tests, so the book may end up looking totally different. Thought you all might like to see how it's progressing at this stage, though, so here you go!
Posted by Scott Morse at 10:34 PM 7 comments: 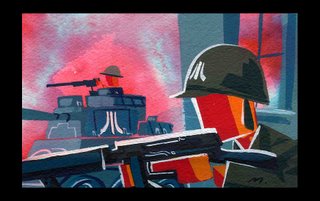 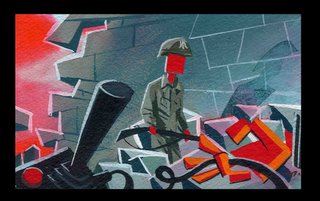 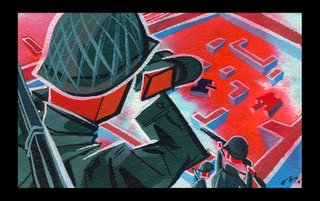 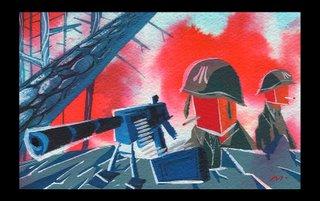 So, next month is the debut of Gallery1988's I AM 8-BIT II, a critically acclaimed group show with an 8-bit video game theme. The last show was a major success, and this year will mark the debut of not only this new show, but a book and some serious press coverage. Here's some pieces I'm contributing to the effort, based on Atari's COMBAT cartridge video game. All are cell vinal and watercolor on heavy watercolor paper, 4"x6". All of these images will be available at the gallery for purchase. RATATAT!
Posted by Scott Morse at 1:16 PM 3 comments: